The other day an old friend called me and asked me about moving advice.  She wanted to know how her sister, her husband and their one child could efficiently make the move from New Jersey to Houston, Tx.  I have written about DIY moves before but I never had to give real tip to a friend. When I wrote about DIY moving in the past, I would write about the run of the mill tips like: start packing 3 weeks ahead, or I would remind readers to not forget to change their mailing address.  While these are good advice, they are not going to help someone who never moved before.  She thought the advice was right on point.  Later she had her sister call me.  After I talk to her sister, she told me that she felt less stressed and ready for the move.  That made me feel   satisfied.  So, I decided to write this article.  To give your perspective: she is moving from a 2-bedroom apartment: its only her, the husband and their 6 year old son.  So this article will help a small family with their long distance move.  Lets start with which truck rental company to use.

Renting your truck:  There are 4 main truck leasing companies out there: Uhaul, Penske, Budget and Enterprise. Their popularity is in that order. While U-Haul is the most popular truck rental company, its one of the worst companies to rent from. Penske on the other hand is the Cadillac of all truck rentals.  To illustrate, I would like to give you my two most recent real-life experiences.

Have you heard of the saying that says pay price, pay twice? While you are getting a better rate, customer service lacks. I know that because as a mover I used to rent from them, and I have driven their trucks from Los Angeles to Texas several times. Most of my experience with them have been bad. One time I drove from Burbank, California to Houston Texas. When we started driving in the middle of “nowhere” Texas in a little town dead smack between San Antonio and Houston the truck just stopped. As a mover truck breaking down is common. But It was 5 pm when the truck stalled and when we called customer service, we could not talk to anyone. When we did they kept transferring us to the wrong department. We were rescued hours later at 12 in the morning. We had to sleep in a small-town motel.  The next day we had to wait for our truck to be fixed. The truck was not fixed until 2 pm the following day.  This issue delayed our move by 24 hours.  After we settled in Houston and we called U-Haul to refund us the motel cost, they refused.  Now contrast this experience with Penske.

A customer called us last summer and wanted us to drive their truck with a car carrier attached to it from Sugar Land to North Carolina.  The price was a little higher, but they made up for it with great customer service. We were able to reach a real person on the first try.  Then the truck they gave us was brand new with only 10,000 miles on it.  From the start the truck was so comfortable.  The suspensions on that truck felt like they were made of cloud.  But in the middle of Georgia and going up a hill the truck turned itself off.  I pulled over called Roadside assistance.  Within the 20 minutes a mechanic came to fix the truck.  Soon after that he came to the truck to tell me that he could not fix the truck on the spot.  He, not me, arranged for a tow truck to come get the truck with the trailer in the back.  Penske gave me the option to have the truck unloaded and reload to another truck or to have the truck and the trailer towed from Georgia to North Carolina.  That was 6 hours drive.  Since the customer gave me the green light to drive the car up there.  That’s what I did.  The truck drive dropped off the truck shortly after I got there.  Since I had to bring more stuff to another location, Penske even sent me a smaller truck.  To top it off I only had to deal with the same operator which made the whole process so much easier.  At the end she offered to pay for my hotel for the inconvenience.  I declined that offer because I thought they did such a good job.  Because of Penske’s promptness and great customer services, I wasted no time.

So if you are moving interstate or long distance I would highly recommend using Penske over the others. 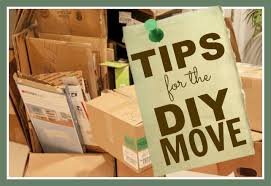